That Time I Produced a Music Video About Coronavirus 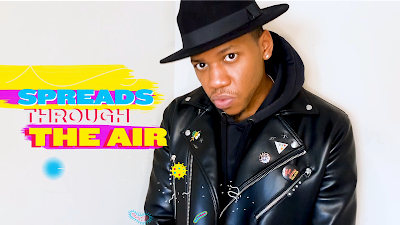 As most of my students, followers, and readers know, in addition to teaching English, I also produce videos. It's something that I've done alongside my teaching career. In recent years, most of my productions have been language training videos for companies. Luckily, I've been able to share some public video series like Hit The Road Paul and Idiomatic Inc . But in March of 2020, I got the call to make a new video. This time, it was for an American educational video production company called Muzology . They had decided to make a video about coronavirus. This is a company that has a unique style of making videos to teach math to high school students. Each one of their videos —which are usually math lessons— is created in the form of a cool and catchy music video. For their coronavirus video, they would be working with an international team. Basically, a team of producers, singers and songwriters in the US and a team of visual artists in Latin America and in Europe. A
Post a Comment
Read more

What are friends for? - English Lesson (Better Call Paul)

Improve your English as English teacher Paul talks to different people in short fun videos. Use the free guide with your students or classmates for a fun English activity. DOWNLOAD the FREE Lesson Guide here:  http://tiny.cc/5z3m3y
Post a Comment
Read more

Since 2014, StoryPaul has helped hundreds of learners become confident English speakers with a unique approach to language learning. On this occasion, we'd like to thank you for your trust and support.
Post a Comment
Read more

Stories Are the Language of the Brain 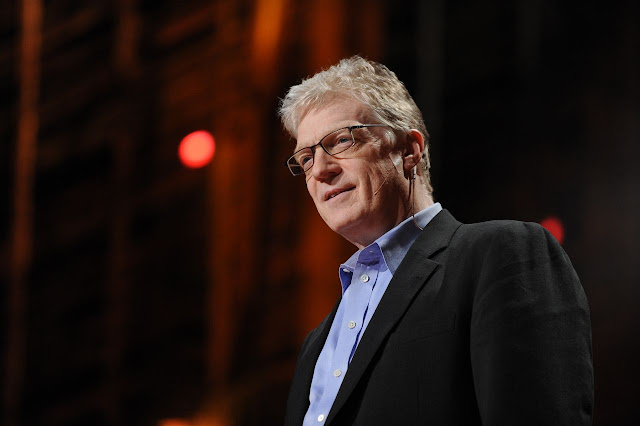 Sir Ken Robinson deliverying a TED Talk in 2010 —Source: TED.com Over the last decade, one buzzword has taken the business world by storm. Storytelling. Everybody is talking about it. We could almost call it a revolution. And nobody wants to miss out on it. In fact, most large organizations today have started to implement storytelling in both internal and external communication to some degree. Not only that, the world’s leading business schools and experts are teaching future leaders that communicating their key ideas as stories is the way to go. And they’re right. Storytelling —which has existed since the dawn of civilization— is far more engaging than the traditional facts and figures approach to communication. And today, thanks to neuroscience, we know that the chemistry in our brain favors compelling narrative over cold logic. In fact, the human brain is wired to understand the world and everything in it in story form. Stories are the language of the brain. So regardl
Post a Comment
Read more

Opening Doors With a Foreign Language

by Paul Ponce If you are up to speed on the news, you probably know that US President Donald Trump recently visited Asia. Depending on where you stand on this particular president, you may have heard different things about this trip. But in China, what really made an impact during Trump's recent visit was his 6-year-old granddaughter Arabella singing and speaking perfect Mandarin Chinese. Not just an impact. Her video went totally viral in China. Unfortunately, most in the West are not aware this even happened or that it matters. But it does. Americans are generally perceived as having little to no interest in other cultures when they travel abroad. And while it is easy to pin that characteristic on conservative Americans, it is a fact that the overwhelming majority of Americans in both red and blue states speaks only one language and has little concern about their children doing otherwise. Or at least, plenty of other issues have priority over this one at your average PT
Post a Comment
Read more 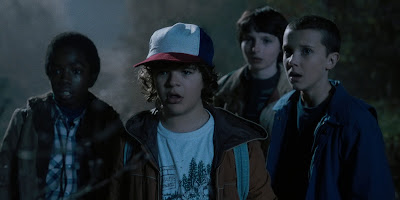 Scene from the NETFLIX series Stranger Things By StoryPaul As a kid who grew up in the 1980s, I can tell you. Things were very different.  In fact, they were a little strange . First, it was the pre-internet world, so you couldn't Google your way out of trouble. Gadgets were large and clunky . Music was epic and enjoyed with friends. And friendship did not require that really strange thing called... Facebook. So when Netflix released its new sci-fi mystery show Stranger Things  which takes place in the 1980s, I knew they had me. The Story A group of friends investigates the disappearance of one its members near a suspicious government facility. While searching for clues, they find evidence of a strange creature with a big appetite that lurks in the forest. But most importantly, they also meet Eleven , a young girl with special powers who escaped from the government lab. Naturally, Eleven and the boys join forces to find the missing boy, fight the bad men from the go
Post a Comment
Read more

STORY SONG: How to Ask Questions About Experience 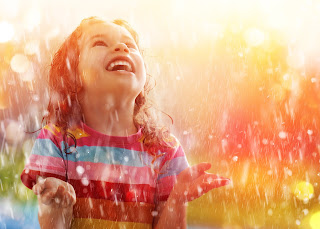 By   StoryPaul Asking questions in English always poses a challenge for learners. One of the reasons is that unlike other languages, in English you must add auxiliary verbs to create the question form. Of course, there are many types of questions. Among them, one that is essential to understand and to master is the question about experience. People ask each other questions about experience all the time. It happens among friends, strangers and in especial situations like job interviews. To make a question about experience, we use the form: Have + you (ever) + Past Participle of the MAIN VERB  The adverb ever emphasizes the idea of experience from the time you were born until today. Have you ever studied abroad? Have you ever wondered why we have deja vus ? Have you ever seen the rain coming down on a sunny day? The last question was asked by the roots American rock band Credence Clearwater Revival  in their classic hit "Have You Ever Seen the Rain?". Thi
Post a Comment
Read more
More posts